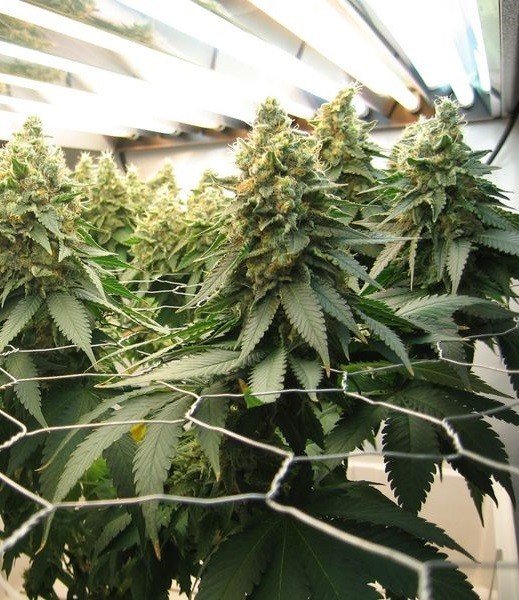 Pain has been a common problem for most people worldwide. A lot of individuals are suffering from moderate to severe pain due to painful conditions such as arthritis, cancer, fibromyalgia, nerve damage, and others. According to a news report by Canadian Broadcasting Corporation (CBC), as of 2018, 6 million people in Canada or roughly 20 percent of the entire population is affected by chronic pain. This does not include individuals who are affected by acute pain, or pain that often persists only for a short period of time. Medical marijuana has been gaining popularity for treating pain. It has shown to be a promising alternative to commonly prescribed pain relievers such as NSAIDs and opioids which can often have a slew of side effects that can range from gastrointestinal bleeding to dependence and addiction. There are distinct types or strains of cannabis available in the market for treating pain, each having different effects on the human body.

Why use cannabis for pain relief and management?

In common medical practice, doctors often prescribe NSAIDs ( nonsteroidal anti-inflammatory drugs) or opioids to relieve an individual’s pain or to manage their discomfort. However, these drugs, though effective most of the time, have a barrage of side effects. NSAIDs, like ibuprofen and naproxen, for example, have side effects like gastrointestinal bleeding, cardiac problems, and kidney injury if used concomitantly and for an extended period of time. Opioids, one of the strongest analgesics in the medical arsenal, though effective for treating pain, tend to encourage dependency, or worse, even addiction. This has been the driving force why people, especially medical professionals, are looking for alternatives to pain relief and management. There have been studies and anecdotal evidence supporting the efficacy of cannabis for treating pain without those significant side effects.

NSAIDs or nonsteroidal anti-inflammatory drugs are the first-line treatment for pain if acetaminophen or paracetamol could not bring relief. NSAIDs work by inhibiting the activity of cyclooxygenase enzymes (COX-1 and/or COX-2). In cells, these enzymes are involved in the synthesis of key biological mediators, namely prostaglandins, which are involved in inflammation; and thromboxanes, which are involved in blood clotting. However, these enzymes inhibited by NSAIDs often lead to mucosal damage in the GI tract, ultimately causing bleeding. Furthermore, vasoconstriction of the renal artery could lead to kidney injury if used concomitantly or for prolonged periods of time. Oftentimes, doctors prescribe these drugs on an as-needed basis or only for a short period of time to prevent any adverse effects from happening.

Opioids are one of the strongest medications to treat pain in the doctor’s armory. It affects the central nervous system. Opioids produce their pharmacological actions, including analgesia, by acting on receptors located on neuronal cell membranes. The presynaptic action of opioids to inhibit neurotransmitter release is considered to be their major effect in the nervous system. These drugs though effective, can cause dependencies, and worse, addiction and withdrawal symptoms. Oxycontin, one of the most infamous opioids produced by Purdue Pharma in the US, has contributed to the country’s opioid crisis. The US Federal Government has even filed several class-action lawsuits against the company for contributing to the country’s opioid crisis. Marijuana has proved to be a promising alternative to opioids due to its analgesic properties. It has a lesser affinity for dependency and addiction. Furthermore, it can ease muscle soreness, inflammation, nerve pain due to nerve damage and other symptoms.

The most recognized bioactive compounds present in the cannabis plant are THC and CBD. These two compounds have shown clinical benefits in mitigating pain and inflammation in patients suffering from moderate to severe pain. These two compounds have different therapeutic effects when used separately. However, most of its promising benefits are often exhibited when used together, thus mitigating most of its potential side effects. Studies have affirmed that CBD counteracts the sedative properties of THC, resulting in the hallmark “high” feeling, anxiety, and quick heartbeat that is related to THC utilization. It has additionally been found to extend the half-life of THC, which may enhance the pain-relieving benefits associated with its consumption.

You’ll be amazed by how efficacious ACDC, a hybrid strain of cannabis with a high concentration of both CBD and THC, is at eliminating all types of pain, according to anecdotal evidence. Medical cannabis strains with the same biochemical makeup as ACDC may offer a parallel pain relief experience.

Persistent pain can make you feel uneasy and tense. Blueberry Kush may be able to ease your suffering. By producing a relaxing and calming systemic effect, this indica strain is recommended for users who may have difficulty sleeping due to pain issues. Aside from pain management and treating insomnia, Blueberry Kush may be a good choice for some psychiatric disorders, vertigo, and migraines. Due to its fruity and earthy taste, this strain is considered a pleasurable choice by most users.

CBD and terpene concentration in this strain is high. Cannatonic is considered a curative strain and is sought-after by chronic pain sufferers because of its therapeutic effects. It contains less than 6% THC, making it an excellent choice for daytime users. User productivity is often not impeded when using this strain because of its unique biochemical composition.

Canna-Tsu, a sativa-dominant hybrid, is a preferred choice among users due to its minimal psychoactive effects. It eases pain symptoms without giving you the notorious “high” feeling, thus enabling you to continue working for the whole day. It is mainly composed of CBD.

Cannabis has drawn significant coverage and popularity from both the public and medical professionals due to its reported benefits for pain relief and management. According to some studies, cannabis can even be as potent as opioids in the management of moderate to severe pain in chronic pain sufferers. The evidence pointing to cannabis-related side effects is often minimal in comparison to NSAIDs or opioids which are well-documented and established in the medical literature. Research suggests that cannabis use for chronic pain sufferers may be beneficial for them without risking dependence or addiction. Several strains of cannabis contain varying amounts of THC and CBD. A different ratio of these two compounds produces different effects unique to their strain. Individuals who wish to use medical marijuana should have a conversation with their doctor to know which strain is appropriate for them. Most of these strains are available in legal online dispensaries across Canada.