Why Edible Marijuana is Stronger than Smoking

Why Edible Marijuana is Stronger than Smoking 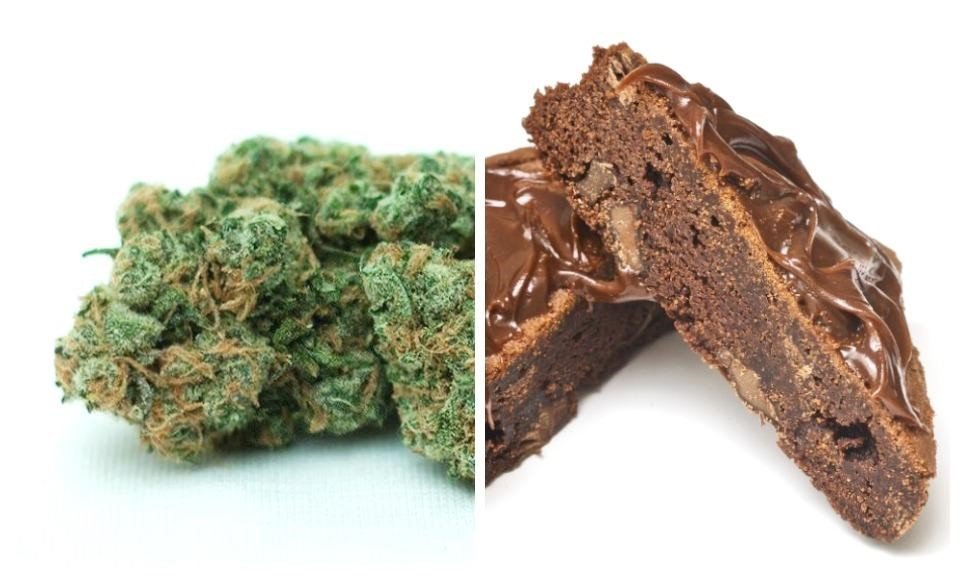 Many users might think that there’s not much difference between smoking cannabis and ingesting it, and this is the main reason why it’s not uncommon for users to have a bad edibles experience. Take the case of those two Toronto cops for instance. They were recently suspended because they allegedly had too much edible marijuana and called the cops on themselves! Although sounds like a funny story, edible weed can give you a bad trip because of their extreme potency. Before consuming those mouth-watering hash brownies you need to glance through this article and understand the difference between smoking and ingesting weed and how it affects the mind and body.

Both edible marijuana and smoking deliver the goodness of THC and CBD to your body but the difference is that they don’t go to the same places. While smoking, the THC is delivered to your lungs from where it reaches the rest of your body parts. With edibles on the other hand, the THC first gets delivered to your stomach from where it reaches the liver and the other organs. Usually, when you smoke you consume less THC but it stays inside your body for a long time.

Smoking a joint, bowl, or bong gives you an almost instant high which is why it is the preferred mode of cannabis consumption all over the world. With edible, however, it takes a long time because you get to feel the buzz. It can take somewhere between 40 minutes to 2 hours for edibles to produce their full effect on the human body. Many users erroneously believe that a weed cake is going to hit them immediately and when that doesn’t happen they tend to consume more edibles to get an instant high.

Word of advice: Don’t ever overeat edibles without waiting for at least two hours. This is the reason why users find themselves feeling uncomfortable, panicky, and anxious. Overeating edibles will make you feel as if you’re on the verge of a heart attack. But relax. Nobody has ever died from a cannabis overdose. So the effects of edibles overdose are mostly psychological. Most people resort to edible cannabis as a means of relaxing without drawing too much attention. But as already mentioned before,  incorrect doses will give you an effect which is the exact opposite of relaxation.

When you smoke your weed the THC is passed on from your lungs to your bloodstream which is then quickly delivered to your brain. Smoking your weed is ideal if you are looking forward to getting an instantaneous buzz. However, many people don’t like the idea of smoking since it is known to have adverse effects on the health of an individual. Another reason behind the popularity of edibles is that people around you can always tell when you are smoking a joint. Edibles are tasty and can be consumed absolutely inconspicuously which is the major reason behind its popularity.

The science behind what makes edibles stronger

According to Jay Denniston, the Director of Science at Dixie Elixers, an edible manufacturing company based in Colorado, “Psychoactivity and the effects of cannabis depends not only on the cannabinoids but on the terpene levels, on the individual metabolite of the person, on what that person had already eaten that day; it depends on the setting.” THC being water soluble they start to break down as soon as they come in contact with the saliva in your mouth. On hitting the stomach and then the liver this THC is converted into 11- hydroxyl THC. Mr. Denniston further explains, “Now it is bound to a glucuronide compound which makes 11 –hydroxy-THC more water soluble…So it’s much ‘happier’. It could diffuse much, much easier across your blood – brain barrier. On being metabolized it can actually go faster into your brain and faster all the way throughout your body.” This is the reason why edible marijuana can take a long time to produce a buzz but the buzz is more powerful and stays with you for a longer time.

Edibles are not dangerous

The fact that edible experience can at times go wrong should never deter you from trying out edibles. Keep in mind that most people suffer from a bad trip because they tend to consume too much of it. Always remember that nobody on the planet has ever kicked the bucket from consuming weed while alcohol-related ailments lead to 88,000 deaths per year. Although you can overdose on THC, you are never going to die of it unlike the case with opioids.

The right dose of edibles

If you are looking forward to an enjoyable buzz without any risk of getting overboard then you need to be mindful about the quantity you are consuming. Hardened smokers can go as far as 10 mg of THC in their cannabis infused edibles. However, novice users need to be more cautious. If you have no experience with edibles then never go for more than 2.5 mg – 5 mg. You can find edibles containing as much as 500 mg or even more but it’s always best to steer clear of them. Micro-dosing on edibles can also be a great idea. Ideally, you need to start slow, feel the buzz and then have a little more after a couple of hours if needed.

How to cure an edible overdose?

In spite of all the warnings if you still find yourself feeling sick and dizzy after too many edibles then what you need to do is close your eyes and drink a few glasses of water and lie down and relax. If you have some CBD products then they can be of real help as they are known to dampen the effects of THC.

Edibles are tasty and can be infused in all your favorite food. So there’s no reason which should stop you from trying them out. However, if you have no prior experience with cannabis then you should definitely start with a joint or a bong. Experienced users, on the other hand, don’t need to think twice before heading to your local Canadian weed store for an endless collection of marijuana edibles.